I’ve been thinking about writing a little update on our “covid life” for several weeks. I’ve also contemplated writing here or starting a new blog (since this mommy blog is a little outdated). I finally decided tonight that if I don’t just do it now it won’t ever get done.

Little background info to get us caught up to today-
March 18 was the last day my kids went to school.
March 19 K woke them up and got them ready, as they were about to walk out the door we got a text that school was cancelled because of a water contamination (ew!). I remember feeling so relived and just tired that day but the kids were absolutely thrilled about skipping. We decided since it was a gorgeous day we would go to the zoo in Columbia. We drove down for the day and had just the best time- it had been so long since we had been to the zoo. Leaving the zoo, G said “I really wish we could go to Disney World!” I was a little annoyed with his comment since we had just spent the whole day at the zoo. I told him it would probably be a while before we went back to Disney. Shortly after our exchange we got a text that school was cancelled Friday also- again for water contamination. WAHOO! I quietly suggested to K that we should head down to the beach for the weekend- only problem was we had absolutely nothing with us and he was quick to remind me of that. I told him we could get everything we needed at Target hehe 😉. After about 45 minutes in the car, K said, “You know what G said... he as me thinking...” my eyes flung wide open, I laughed and said “Disney?” And K said, “YEAH!” I think at that point I just laughed and told him he was crazy. He insisted it would be fun and that we were already heading south. 😆
I’m not one to tell him no to his crazy ideas so we started making phone calls and 8 hours later arrived in Florida. We spent a super fun weekend at Disney and while there got word about schools being cancelled because of Covid for two weeks. The kids was THRILLED and wanted to stay at Disney forever (me too, me too!). We checked out on Sunday- the last day the parks were open before Covid madness and we headed south to Miami for a few nights. We visited Biscane National Park, and the Everglades, before heading to the Southernmost point of the United States. We spent a couple days in Key West (can we say gorgeous!) then headed north to Destin. K wanted to go to the Grand Canyon but things with Covid were starting to get more serious and I decided we should probably head home (we didn’t know if hotels would be closing or what at that point).
We spent the next month or so at home.
We planted our garden.
On March 23 we adopted a sweet 10 week old Black Lab puppy named Rosie. 🐶
On May 1 we came to our beach house and have been here while K completely ripped out a bathroom and remodeled it. We were so overjoyed that some of our sweet friends who have a house here were also here!!! The kids and I were spoiled with great friends and company while K has been busy working.

I’m hoping maybe soon either K or I will do more posts of details of the mentioned trips above 💗. This little update will have to do for now. 😉

thats all folks by allie-mac-fallie at 12:04 AM

What Y'all Love {This Month}

allie-mac-fallie
I'm a Second grade teacher turned full time Mommy! Wife to K, the most amazing hubby in the world! Mommy to the F O U R cutest kiddos: Biggest Little Miss RG, and the Littlest Miss SJ, our Big Little Dude G and our Littlest Dude H! Join me as I document our life and all of the adventures that come along with raising 4 littles and a puppy! 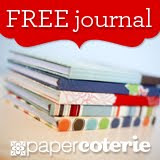 What gender do you think our "lil pumpkin" will be?